100 Year Old Prophecies of Revival Are Coming to Pass! 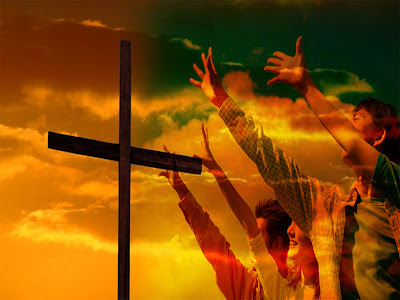 The great Azusa Street Awakening, which over the years resulted in 600 million being swept into the Kingdom of God and gave birth to the Pentecostal Movement, began in 1906. It was one of the greatest outpourings of the Spirit of God since Pentecost. Multitudes were saved, healed, and filled with the Holy Spirit. Incredible miracles occurred.

This great revival moved from Los Angeles to its new focal point of Chicago, Illinois. The two great centers of revival in Chicago were the North Avenue Mission and the Stone Church. Pentecost swept from Chicago to Canada, Europe, South America and Africa. One of the greatest outpourings occurred at Stone Church in 1913. The renown evangelist Maria Woodworth Etter began a revival on July 2, 1913 at Stone Church.

The services were to last until the end of July but continued for six months. This was a time of divine appointment for the city of Chicago; God rent the heavens and came down!! Scenes from the days of the Early Church began to occur at Stone Church. Word began to spread throughout Chicago of miraculous healings, deliverance from demonic possession, conversions, and of the outpouring of the Holy Spirit happening in these meetings. Advertisement was no longer necessary! The city was incredibly shaken.


Word spread of the miraculous intervention of God. Thousands came on trolleys, buggies, and trains, while many walked. Some came from distances of 1,600 miles away. 1200 to 1500 packed into Stone Church each night. The basement was filled and many stood out on the street. Street meetings were held to accommodate them. Three services were held on Sundays!

As Christians prayed around the altar one evening, Sister Woodworth-Etter and others gave the following powerful prophecy and divine promise, which they prophesied would occur within 100 years of the 1913 Chicago Visitation. She prophesied of this coming End Time Revival....

“We are not yet up to the fullness of the Former Rain and that when the Latter Rain comes, it will far exceed anything we have seen!”

Rev. William Seymour, the leader of the Azusa Street Awakening, also prophesied that in 100 years there would be an outpouring of God's Spirit and His Shekinah Glory that would be greater and more far reaching than what was experienced at Azusa.

It has been almost 100 years since these prophecies were given. In my own beloved church, I am seeing the beginnings of this prophecy being fulfilled. Young adults, married couples, youth and older adults are being converted. We have set up a new converts class in which 22 are enrolled! Our nursery, which for so long was near empty, is now crowded. Healing and miracles are occurring! The anointing of the Holy Spirit on the services is heavy and growing each week. Something IS happening!! I believe that we have reached the time of the fulfillment of these 100 year old prophecies. We must be diligent to pray, intercede and protect what the Lord is doing. We must encourage and edify one another as never before. We must crucify every critical, judgmental and religious spirit that may be within us. We must put on the holiness and righteousness of Christ. Our time of divine destiny has come. We are about to experience what Brother Seymour and Sister Woodworth-Etter foresaw. God is about to rend the heavens and come down! The greatest revival in the history of the church is at hand!
Posted by Michael Edds at 12:44 AM

I agree! I'd recommend looking up Kat Kerr. She talks about a Heaven Invasion that's about to take place really soon.
Also about two years ago God told me what He was about to do!

Our church in Tulsa, OK has been seeing mighty sweeps from the holy spirit. The holy spirit taking over the church service. People getting healed by laying on of hands, saved, and freed from demons.. God is good! Praise Center Ministries Sapulpa, OK. If anyone is ever in town.

The prophecy is indeed being fulfilled here in Zimbabwe at United Family International Church under the leadership of God's servant Prophet Emmanuel Makandiwa. A great revival is taking place, miracles that are mind blowing are taking place in every service. People with problems of obesity instantly lose weight, healings are taking place, whatever kind of diseases from cancer to HIV, those with fractured bones receiving instant healings, women with overdue pregnancies delivering their healthy babies just by stepping in the prophetic environment. God is indeed faithful, the revival is here, Zimbabwe we are blessed.

It is heating up gradually here in Nigeria, the mandate is that men every where see and hear Jesus!!! Jesus in mosquses, jesus every where!!!

God is moving powerfully by His Spirit as great and amazing miracles are happening around the world, only last week a young boy in Pakistan came back from the dead.

I had dreams and visions, confirmations and witnesses of God moving in 2013, then I found this post, we are so close it's Dec. 16th, come in power Lord Jesus!!!

We believers here are also experiencing different miracles and out pouring of God's Spirit.

AS LONG AS THERE IS THE HOLY SPIRIT, THERE IS MIRACLE, HEALING, AND MORE.

One thing I wanna say, "NEVER LIMIT THE MOVE OF BELOVED HOLY SPIRIT"

Plus, BELIEVING MAKES EVERYTHING POSSIBLE.

You are confirming what I have been feeling in my spirit. T%he evidence of God working all over the world, and the Holy Spirit taking over churches is unmistakable. We've got the enemy to fight, who is trying to do away with Christianity. Stop ignoring that. This is a democracy. Fight back! Anne4

Yes Lord it is taken place now, and It is coming to pass, Praise God!!!

It is happening at Rabboni center ministries

This blog is for those who hunger for a New Awakening in our day. You have grown desperate for God to do in our day what He has done in times past. You are passionate for His Presence, to be holy as He is holy and to see Him rend the Heavens and come down.